It’s week one of the new academic term and you see bright, smiling and hyper faces bounding in the front door. Some familiar from last year’s programme or your recent summer residential, and some unfamiliar – newbies. In the spirit of starting new things i.e. new schools, they decide to try out youth club for the first time. Yay!

After a few weeks, you might decide to check-in with your volunteer youth leaders and get their perspective on how they think the newbies are settling in. You might get some really helpful and useful feedback by doing this. If so, then great. You clearly have good quality volunteers who are invested in what your doing. However, you might find that the response is vague. You quickly discover that your volunteers have focused on the practical aspects of the night but have no idea of who has come through the doors. They’ve been kicking a football around for a few weeks but not bothered to find out the young peoples’ names. While this is acceptable (forgivable?!) in the short-term, it can have disastrous effects in the long-term as young people might feel that they have gone completely under the radar. This can end in them feeling alienated from the group. Ultimately, they might feel that no one would notice if they weren’t there next week.

Now, let’s stress – there’s no need to overdo initial introductions. No need to download every major and minor detail about a young person’s life on their first day at youth. Don’t stress out about whether they have 17 cats (or was it 18?!) and 27 goldfish. Obviously, first impressions are important and the more meaningful the first impression, the better. However, not many of us truly have the ability to ‘wow’ young people with a superhero-like dynamism in that first five seconds of meeting. There will be plenty of time for growing relationships later.

At this first meeting just focus on one thing – their NAME.

This has two purposes.

Firstly, when they decide to jump up on the pool table to show everyone their new dance moves or see if they can knock the projector down from the ceiling with a football, you’ll know how to gently and lovingly(!) call them to account for their actions.

The second purpose is much more significant.

Something as simple as knowing a young person’s name can trigger feelings of belonging because it indicates that a young person is KNOWN.

Youth work is hard, but this is easy.

Some people think that youth work is hard – and for the most part they would be right. But making an effort to learn the young peoples’ names is relatively easy and anyone can do it. Once this grand feat is mastered, the effects are significant and potentially game-changing; particularly for young people who are more vulnerable or who come from difficult home situations.

A while back on one average youth night with the usual football, pool, table tennis and gaming station, a young person who had never been to youth before walked in the door with his dad. So, we did the usual energetic ‘Welcome to youth!’ introductions and started the process of getting him registered. I won’t name the young person for confidentiality reasons (and totally not because the name has escaped me at this point! Oh the irony…) but what happened next is something that has turned out to be, what we now call, one of our ‘small wins’. Youth work is hard and often a thankless job, but there are occasions where we think that God is being particularly gracious in letting us see some of the fruits of our labours – a little encouragement to keep going.

Just as the newbie was getting oriented, another regular to youth burst through the door. So, I gave my usual big-smile, high energy greeting to this young friend of mine, addressing him by name. The next moment warmed my heart. It became apparent that these two boys knew each other because in the next moment, my little friend turned to the newbie and declared with pride beaming on his face, “See, they know me here!”.

Let’s be known as a place of belonging. Encourage every volunteer to learn at least five names on their first time at youth. Make it their mission. Regardless of whether they know who is currently top of the music charts or not, just knowing a young person’s name can create a sense of belonging and, hopefully, reflect something of the Father’s heart.

Pray that the Holy Spirit would reveal to them that they are KNOWN. Not only by your volunteers, but by the Father, himself.

Biggest cause of deaths in young people 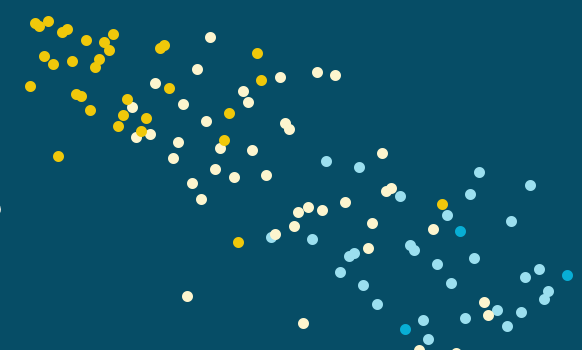 Our children or our planet?

Any cookies that may not be particularly necessary for the website to function and is used specifically to collect user personal data via analytics, ads, other embedded contents are termed as non-necessary cookies. It is mandatory to procure user consent prior to running these cookies on your website.